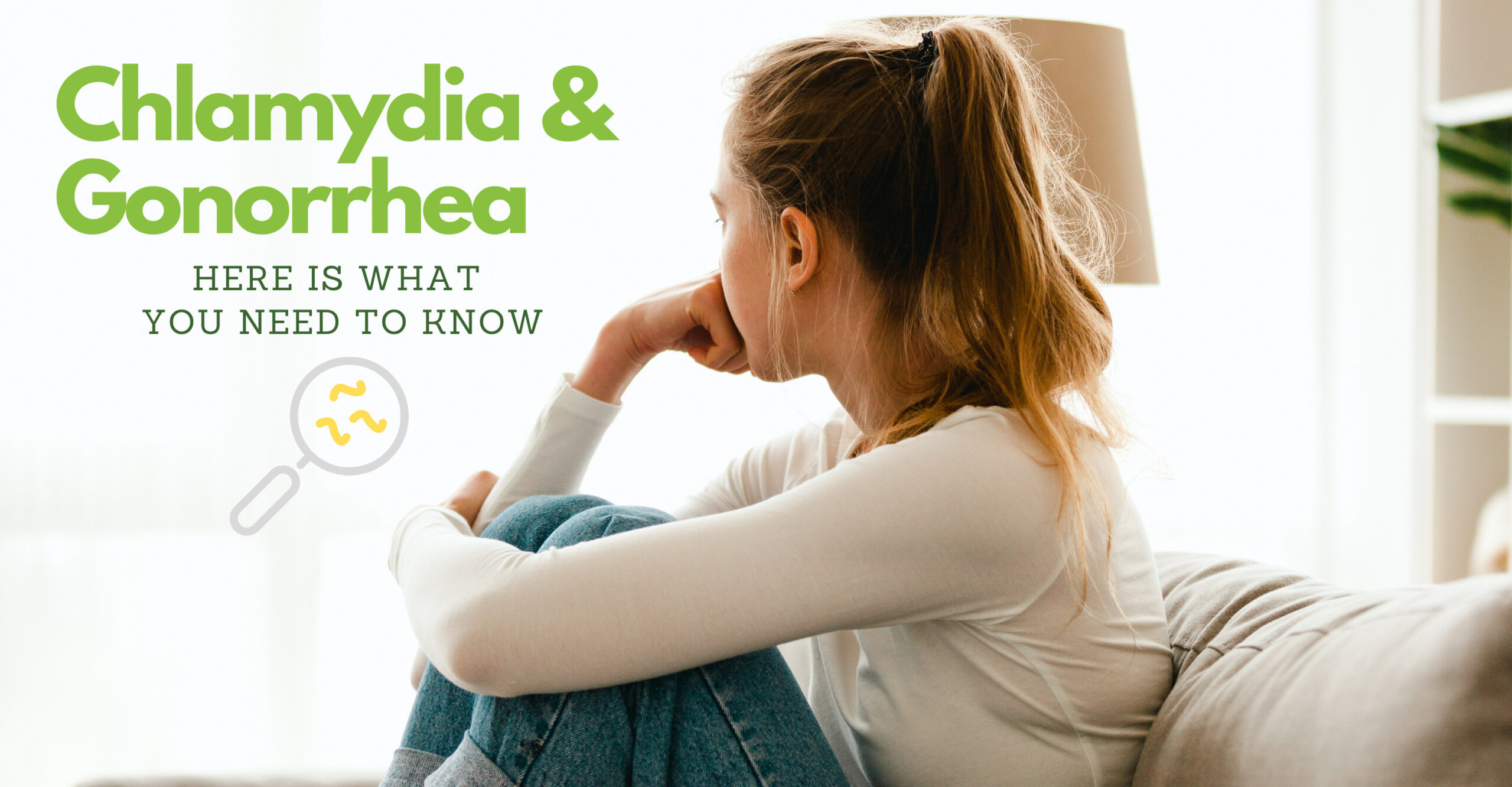 Chlamydia is the most reported sexually transmitted infection (STI, sometimes also called STD for Sexually Transmitted Disease) in the United States. Its relative, gonorrhea, is the second most common STI. Both are caused by bacteria and can have disastrous, long-term consequences on a woman’s health. This is especially the case if she doesn’t receive treatment immediately. In this article, you will find useful information that will help you to be proactive with your health. Without further ado, here is what you need to know about chlamydia and gonorrhea.

You said “common”, but how common exactly?

The bad news is that new STI cases have been increasing year after year. In 2019, almost 2 million new chlamydia infections were reported to the CDC nationally, as well as over 600,000 new gonorrhea contaminations. In addition, it’s important to note that young people are the most at risk, with over half (61 %) of new chlamydia cases reported in those aged 15-24. And what about Missouri more specifically? According to official statistics, 42,358 new cases of chlamydia and gonorrhea were reported in the previous year alone.

So how does someone get chlamydia or gonorrhea?

The bacteria that cause chlamydia or gonorrhea can spread very easily through any type of sexual contact (not just intercourse but any type of sex. However, note that these infections don’t spread through casual contact such as hugging, holding hands, coughing, sneezing, sitting on a toilet seat, etc.) The tricky thing is that a lot of people don’t know they have an STI, at least in the first few weeks. (That’s the reason why some scientists call these STIs (and some others) a “hidden epidemic”). In the meantime, an infected person can unintentionally get someone else sick. Condoms may help reduce that risk, but they are not 100% effective, even when used correctly. The only way to protect oneself against these STIs is to either abstain from any sexual activity or to be in a long-term, trusted, and monogamous relationship such as marriage.

How does someone know they have chlamydia or gonorrhea?

Once again, many people don’t know they have chlamydia or gonorrhea because they have no symptoms. According to estimates, only 10% of men and 5 to 30% of women have symptoms from chlamydia, and “most women” and “many men” are asymptomatic with gonorrhea, although it’s difficult to get clear numbers.

When someone does experience symptoms, they may include:

Symptoms depend on the affected area. This in turn often depends on the type of sex that that person had. For example, someone may also suffer from a sore throat, a cough, or even an eye infection.

Testing for chlamydia and gonorrhea is the best way for someone to know for sure. At Lifeline, we understand that asking for an STI test might be embarrassing, but untreated chlamydia or gonorrhea can lead to serious health conditions with long-term consequences.

What are the long-term risks of chlamydia and gonorrhea?

Experts used to think that a one-time chlamydia or gonorrhea infection didn’t have any big impact on someone’s health and life. More recently, they found out that it’s not the case. Women who test positive for chlamydia, for example, are at risk for several different reproductive problems, and that risk remains throughout 17 years of follow-up, which is way longer than the previously estimated 1 year only. Gonorrhea too can cause irreversible damage. So what are those risks?

How do chlamydia and gonorrhea affect non-pregnant women?

A study has shown that chlamydia increases the risk of developing PID, TFI, or an ectopic pregnancy by 30% and that the risk increases with each subsequent infection. Although less widespread in the US, gonorrhea is also a major factor in developing these complications.

What are the risks of chlamydia or gonorrhea during pregnancy?

Getting chlamydia or gonorrhea while pregnant can lead to:

How does chlamydia or gonorrhea affect a newborn?

Chlamydia or gonorrhea in a newborn can cause:

What should someone do if they suspect they may have chlamydia or gonorrhea?

The first step is to get tested. Lifeline offers no-cost testing for chlamydia and gonorrhea in a friendly environment, free of judgment. The urine test is not painful, and results come in just a couple of days. We will inform you of the next steps if your test comes back positive. Lifeline is not a substitute for medical care. We advise that anyone who has been confirmed for an STI schedule a follow-up with their doctor. It’s also recommended to avoid any sexual activity during treatment, as well as to inform any sexual partners so that they can get tested as well. To learn more about what to expect during an STI testing appointment at Lifeline, please visit our service page.

You Are Here: Home » Reproductive Health » STDs » Here is what you need to know about chlamydia and gonorrhea