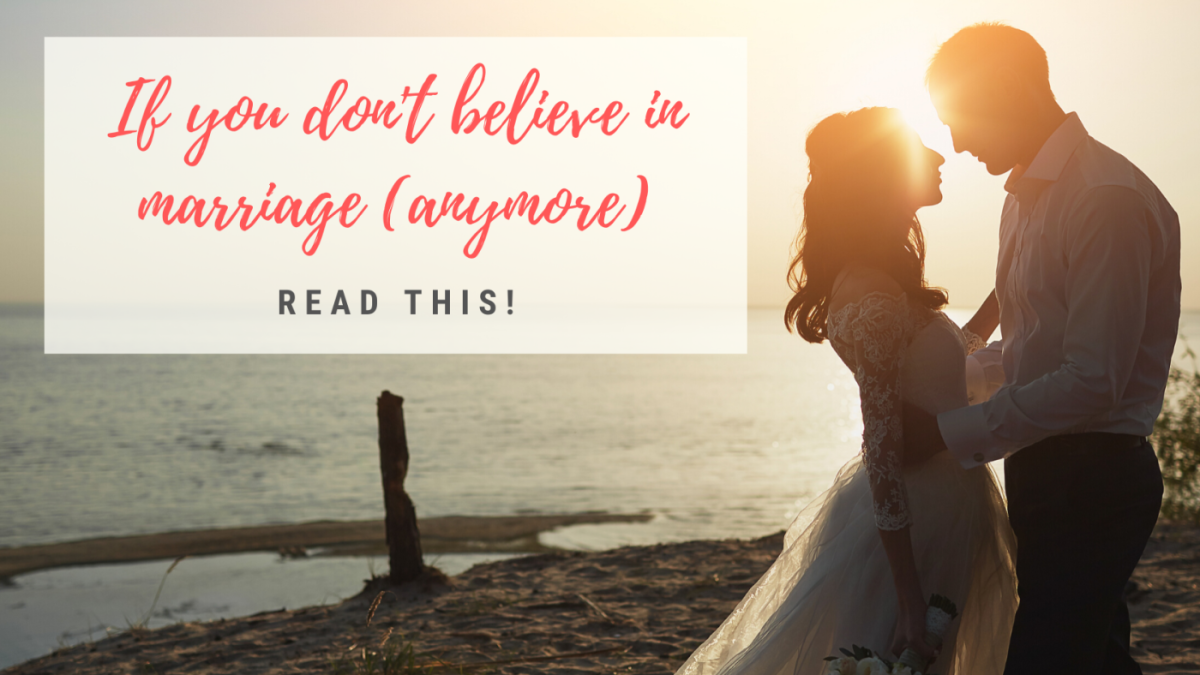 “Why is marriage such a big deal? Why do people still want to marry when it is statistically proven that half of them will have their dream of a lifelong commitment crushed sooner or later?” Do you recognize yourself in those interrogations? Have you lost all hope when it comes to marriage because of all the bad news you hear and see around you constantly? Maybe you are married yourself and are struggling, especially when you look around and notice couples who seem to have it more together than you do. If this is you right now, keep reading! As a pro-family organization committed to providing you with the right information about relationships and marriage, Lifeline decided to investigate the subject!

What are the current divorce statistics?

Did you know that most marriages do last a lifetime? This is what the author Shaunti Feldhahn uncovered in her book entitled “Good News About Marriage: Debunking the Myths About Marriage and Divorce”, published in 2014. Along with her assistant Tally Whitehead, they researched the subject of marriage and divorce for eight years. What they found is eye-opening:

As you can see, the state of our unions is not as desperate as you may have been led to believe. The mistaken assertion that half of marriages are doomed mostly comes from research misinterpretation. For example, we often read in the news and share them on social media. Researchers also anticipate high divorce rates that never come true. The author warns us that entering marriage with these false numbers can make you feel on guard or bring a sense of futility when what is most needed is hope.

Are the majority of marriages happy?

“But does it necessarily mean that these marriages are happy? What would be the point in staying together if I am unhappy?” You are right to ask those questions. Here are some answers:

What about those who are unhappy?

Even if these statistics are reassuring, it doesn’t invalidate the fact that marriage is not always easy. And yes, some couples really do struggle. However, there is hope. According to the author’s findings, in most so-so or unhappy marriages, 82% of the time, one partner is simply unaware that the other is struggling. This could be due to a lack of communication or the spouses having divergent love languages. Indeed, we all like to express and receive love differently, and we need to be aware of this fact. If you want to learn more about the 5 love languages, click her to read Lifeline’s article about it. The other encouraging fact for couples with issues is the 5 year rule. According to the Institute for American Values, most unhappy married couples will be happy if they stay committed for five years. Of course, this is harder said than done. But the author reminds us that most marital issues tend to be about small things instead of big ones.

If you are facing an emotional struggle or a challenge related to your marriage, parenting, or if you find yourself in an unexpected pregnancy, Lifeline Pregnancy Help Clinic is here for you! Reach out to us to learn more about the many no cost services we provide.

You Are Here: Home » Relationships » Marriage: If You Don’t Believe In It (Anymore), Read This!