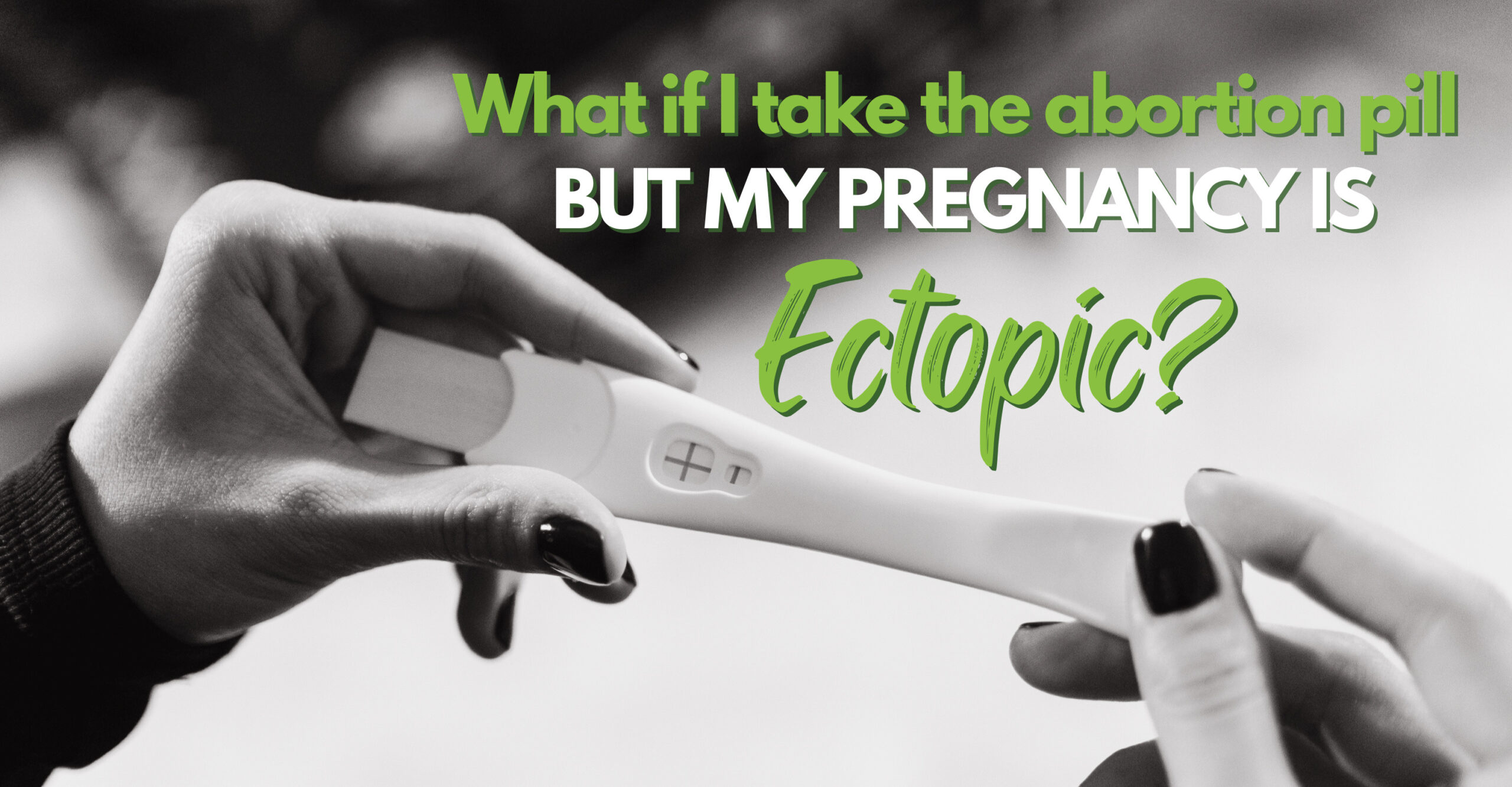 What if I take the abortion pill & my pregnancy is ectopic?

What is an ectopic pregnancy?

In some rare cases, the fertilized egg can also attach itself to other parts of a woman’s body, namely, her belly, her ovary, her cervix (which is the opening of the uterus), or to a scar from a previous C-section. To give you an idea, 90% of the time, an ectopic pregnancy will be in a fallopian tube, 1% in the abdomen or the cervix, and 1 to 3% of the time, it will be found in a c-section scar.

Even more rarely, a pregnancy can be both normal and ectopic, meaning that one embryo will be located in the uterus and another one outside of it. It’s called a “heterotopic” pregnancy and can be trickier to diagnose.

Although Lifeline cannot officially diagnose an ectopic pregnancy, our medical staff are trained to provide limited ultrasounds that check whether your pregnancy is located in the uterus. Since ectopic pregnancies are usually nonviable (unless they are in the abdominal cavity, but even then, only a couple of successful cases have been reported in scientific journals) and can become life-threatening if left untreated, it’s important to get medical care. In case there is any doubt about the location of your pregnancy, our registered nurses will refer you to a doctor for further examination. Ectopic pregnancies represent 1 to 2% of all pregnancies, but certain factors can make a woman more at risk for having one.

Who is more likely to have an ectopic pregnancy?

According to ACOG, about half of ectopic pregnancies don’t have a clear cause. However, the following risk factors can make a woman more likely to have an ectopic pregnancy:

Several steps are usually necessary to get a proper diagnosis of an ectopic pregnancy. Even if you plan to have an abortion, we recommend that you get these evaluations. Skipping them could put your health at risk.

How is an ectopic pregnancy detected?

Or maybe just a feeling that something is off. When in doubt, her first step should be to take a pregnancy test to confirm that she is indeed pregnant. At Lifeline, we provide lab-quality pregnancy tests at no cost.

If the result is positive, the next step is to get an ultrasound. Most doctors order a viability ultrasound (also called a dating ultrasound) around the 8th week of pregnancy. But ultrasound can detect an ectopic pregnancy as early as 6 weeks. Our medical team is trained in performing ultrasounds that check whether your pregnancy is located in the uterus.

Lastly, your doctor may also order a blood test if the ultrasound is inconclusive. These are particularly helpful when a pregnancy is said to be “of unknown location”. This means that the ultrasound cannot find the gestational sac but your pregnancy test is positive.

So what happens if I take the abortion pill?

Some women take the abortion pill without knowing that their pregnancy is ectopic, but this can be very dangerous. For one, the abortion pill cannot end an ectopic pregnancy. In addition, if she experiences bleeding, she may think that it’s a normal side effect of the abortion pill and delay seeking medical care. In turn, delayed treatment can lead to the rupture of the fallopian tube. This can lead to serious complications, even life-threatening ones.

If your pregnancy is ectopic, your doctor will choose between 3 types of treatment: