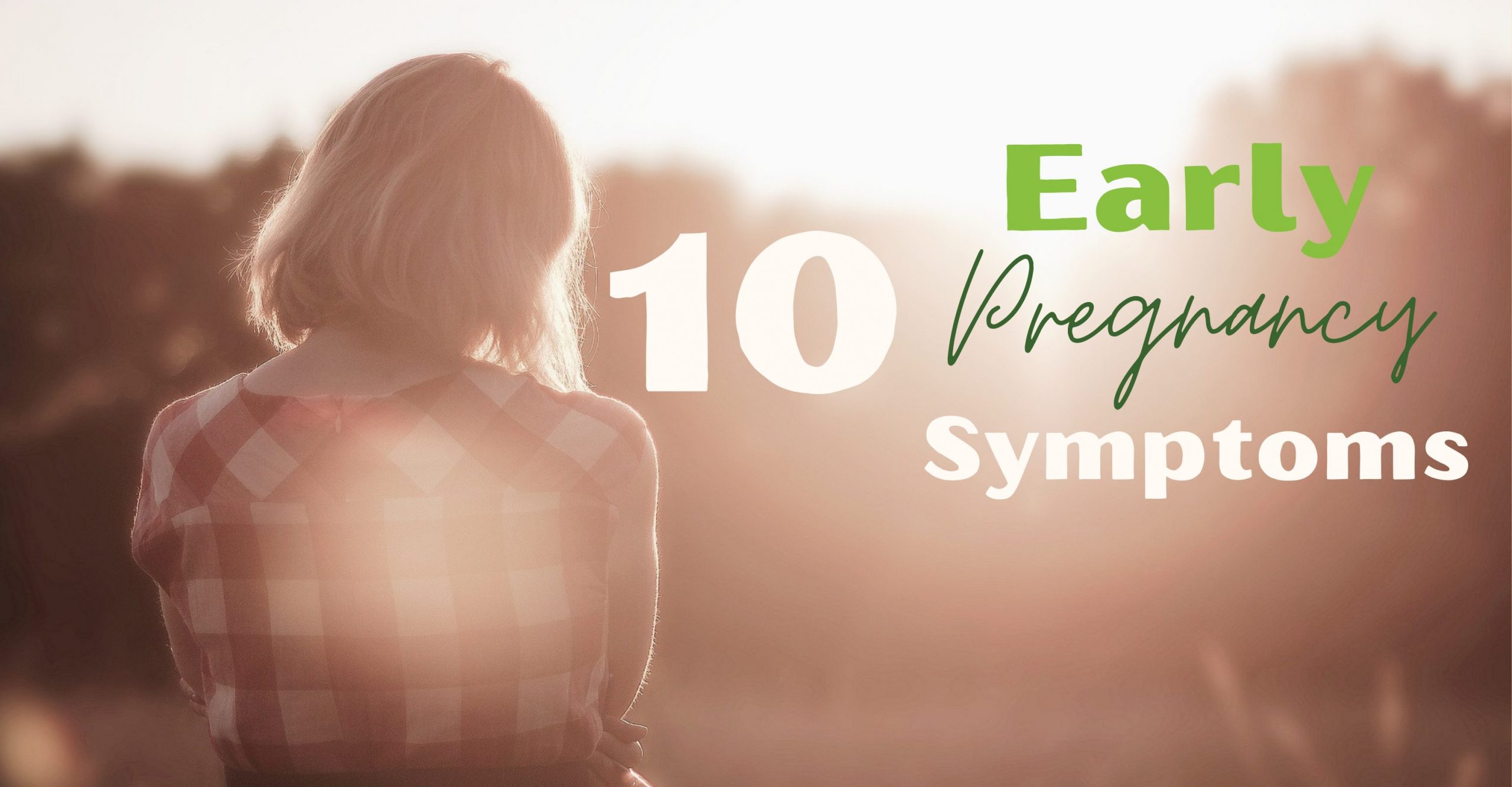 Interesting things happening in your body? Maybe you find yourself exhausted, nauseous, or more emotional than usual. And oh yeah, it’s been awhile since you’ve had a period. These clues start swimming around in your mind and you wonder, are these pregnancy symptoms??

Now let’s be clear: the only way to be certain a woman is pregnant is through a pregnancy test. But if you are pregnant, you may experience a variety of bodily changes, even as early as a week after conception. Every woman is different. Your symptoms could be very different from your best friend’s or your sister’s or even from your own previous pregnancies. Just because you don’t have morning sickness or that famous pregnancy glow, doesn’t mean the possibility of pregnancy is out the window. You may not ever have these pregnancy symptoms, or they could crop up later on.

That being said, there are a variety of changes you are likely to undergo during the early stages of pregnancy.

After conception (when the sperm meets the egg), the fertilized egg implants into the wall of the uterus. The uterus is where the baby grows and lives for nine months. When the egg attaches to the uterus, there could be some slight cramping or spotting, known as implantation bleeding. This happens 6-12 days after conception. If bleeding occurs it should be very light and could last a couple days. This bleeding should be lighter and shorter than a normal period.

Once the fertilized egg implants, the body will begin releasing a hormone known HCG. HCG is what urine pregnancy tests are looking for. This hormone tells the ovaries to stop releasing eggs. HCG also tells the body to stop shedding the lining of the uterus (which means no periods). That lining instead turns into a cozy environment for a baby to develop.

According to the American Pregnancy Association, 25% of women report nausea as their earliest pregnancy symptom. Though commonly referred to as “morning sickness,” this can happen at any time of the day. Whatever causes this unpleasant symptom hasn’t been found, but it’s likely the body’s reaction to the change in hormones.

Also as a result of rapid hormone changes, the breasts may feel swollen, sore, or tingly a couple weeks after conception. They may even feel fuller, and the area around the nipples (the areola) might darken.

The heart begins to pump faster during pregnancy due to the rise in hormones. Palpitations and changes in heart rhythm are common because of this. As always, talk to your doctor about what is normal during pregnancy and report any chest pain or other changes in your heart rate.

Because of the hormonal changes as well as a drop in blood sugar, blood pressure, and increased blood production, the body might feel more exhausted than normal. This can happen even as early as a week after conception.

You may feel more emotional than usual during pregnancy. Those good ol’ hormonal changes could cause feelings of depression, anxiety, irritability, or intense excitement.

The pregnancy glow you hear about is caused by a combination of increased blood volume and higher hormone levels pushing more blood through the vessels. This causes the skin to produce more oil than usual, creating a natural gloss and blush. However, this increase in oil could also lead to more acne than you may typically experience.

During pregnancy, the body boosts the amount of blood it pumps. This leads to the kidneys processing more fluid than usual, which in turn causes a fuller bladder.

Your developing baby needs lots of nutrients, some of which you may not normally eat. Your body will start to crave foods you don’t often find appealing so that you and baby will get all the right nutrients you both need. Some women report a new aversion to certain tastes or smells, which–you guessed it–is due to change in hormones. These aversions should go away around week 13 or 14.

How do I know for sure?

Remember, you could experience all of these pregnancy symptoms or only a couple. Always talk to your doctor about any symptoms that interfere with your everyday life. He or she can help you form a plan to ease these more uncomfortable changes.

Taking a pregnancy test is the first step in confirming a pregnancy. Lifeline Pregnancy Help Clinic offers confidential, no-cost pregnancy tests, as well as a variety of other resources to help you figure out your next steps if the test is positive. Pregnancy brings a lot of changes, physical and otherwise, but you don’t have to walk through it alone. Call Lifeline at 660-665-5688 or click here to request an appointment.