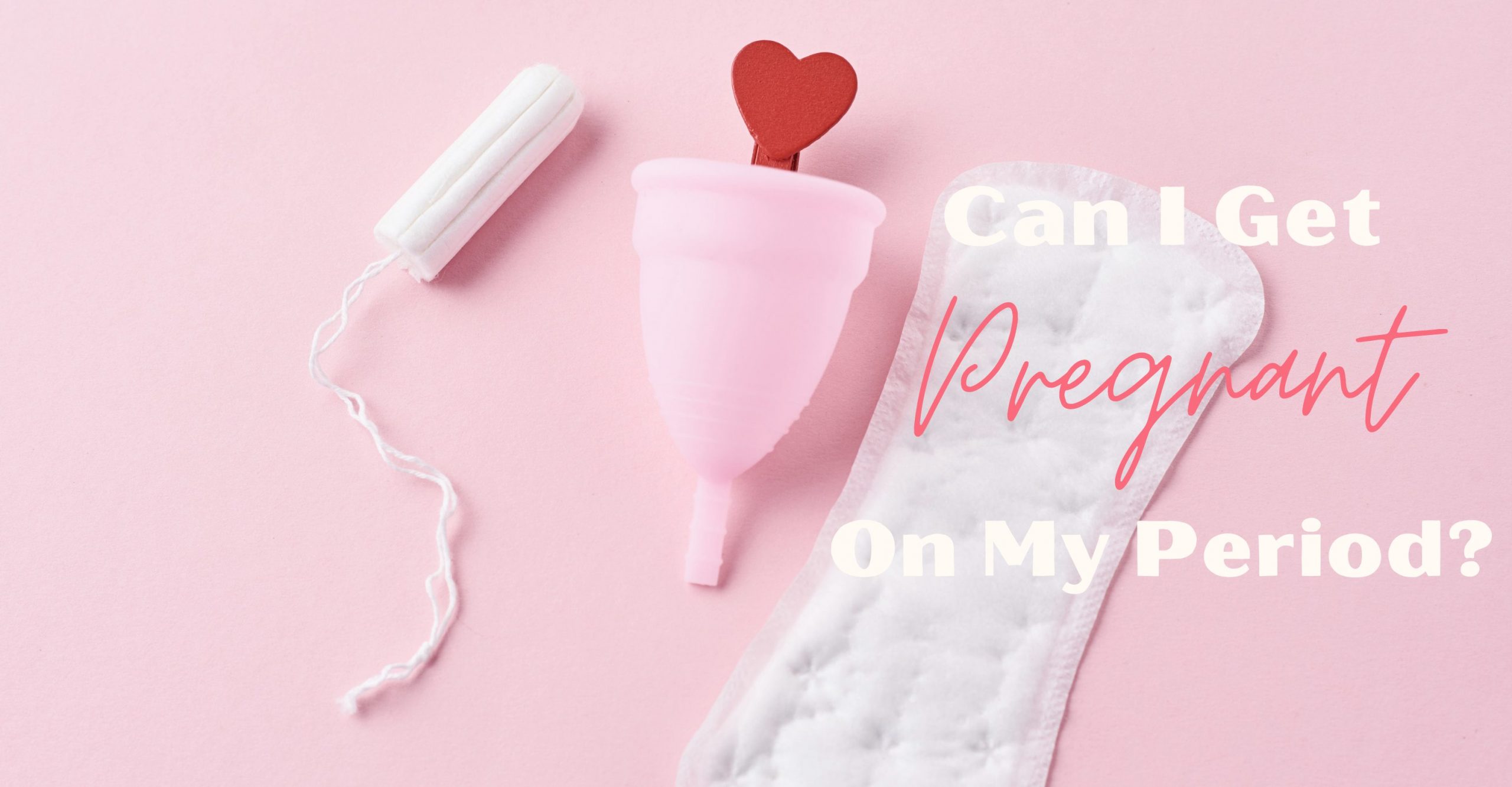 But it’s my period…

You may have heard something like it’s impossible to get pregnant on your period. It’s sort of true, sort of not. It’s extremely unlikely for conception to occur during the menstrual period. However, that doesn’t mean that having sex during your period won’t result in pregnancy.

Wait, what?  Yes, it is indeed possible to get pregnant from sex occurring during a period.

Two factors play into this:

How the Cycle Works

The Textbook Woman has a 28-day cycle. Once a month, one of the ovaries in a woman’s body releases an egg.  Sperm could fertilize that egg as a result of sex and cause a pregnancy. This process, called ovulation, typically happens around day 14 for the Textbook Woman. However, not everybody is a Textbook Woman. Ovulation can happen on different days for different women, and even the same woman can have very different cycle lengths. Multiple factors contribute to the ovary releasing an egg earlier or later than usual, including stress, changes in diet or exercise, and travel. So if you either have consistently shorter cycles or just a random short cycle, that means you would ovulate significantly earlier than Day 14.

If a woman is having a shorter or longer cycle than normal, the difference is going to be in the days between when her last period ends and when one of the ovaries releases an egg. The time between the day the egg is released and the start of her next period is going to stay the same.

Let’s say our fictitious friend Martha had a 22-day cycle. Remember that the time between the day an ovary releases the egg and the first day of the next period generally remains the same from period to period (12-16 days depending on the woman). Therefore, the difference in cycle lengths comes from the days in between the period and ovulation. For Martha’s shorter cycle, that means she could have ovulated as early as Day 6. Because sperm can survive up to five days inside the female reproductive system, Martha could get pregnant from sex she had during her period.

The more you know

It’s important to be aware of the way your body works in order to achieve or avoid pregnancy. There are a lot of misconceptions (pun intended) about how the female reproductive system works, so do all you can to learn the truth from the myths.

If you think you may be pregnant, know that you don’t have to settle for a lack of information about your body. To learn more about pregnancy and get the resources you need, including a pregnancy test or ultrasound, click here for more info or call Lifeline Pregnancy Help Clinic in Kirksville, MO at 660-665-5688. All our confidential services are offered at no cost.

You Are Here: Home » Reproductive Health » Can I get pregnant during my period?